We were inspired to see the story of 105-year-old French amateur cyclist Robert Marchand. Not only is it incredible to see a centenarian on a bike, a study published in the Journal of Applied Physiology shows he is more aerobically fit than most 50-year-olds. And higher-intensity training might be playing a part.

Mr. Marchand’s fitness seems to be actually improving post-100. He undertook various VO2 max tests, considered the most accurate way of measuring fitness by showing how well the body uses oxygen. Amazingly, Mr. Marchand improved his VO2 max while in his 100s.

How can a 105-year-old be getting fitter?

It’s possible Mr. Marchand has an extraordinary gene make-up. He has reportedly had the good fortune to avoid any major physical ailments to date and didn’t require any medications. He also has a good diet and a positive outlook.

But it’s still remarkable that his fitness has been able to improve.

According to reports, Mr. Marchand, born in 1911, had done some physical work throughout his life including being a gardener, fireman, and lumberjack. But he wasn’t big on exercising until retirement when he started cycling regularly.

Mr Marchand caught the attention of Veronique Billat, a professor in exercise science at the University of Evry-Val d’Essonne in France – her studies had found that older athletes could increase their VO2 max if they exercised intensely. But she had never tested a centenarian before.

At Elite Akademy we know that short, high-intensity exercises make a difference, and research is increasingly backing this up.

Before meeting professor Billat, Mr Marchand only exercised at a leisurely pace. After testing his fitness, and finding him well above-average in all categories for his age, the professor set him a new workout regime.

This new approach required Mr Marchand to exercise at a leisurely pace. “Leisurely” was defined as the equivalent to 12 or less on a scale of one to 20, where 20 is unbearable levels of exertion. Mr Marchand was instructed to train at this level for 80 per cent of his training. For the remaining 20 per cent, he was required to increase the intensity to a “difficult” level – described as equal to 15 or above out of 20.

In cycling, this involved an increase in pedalling frequency from about 60 revolutions-per-minute up to 70-90. This increase would get his heart rate up significantly.

After two years under this program, as Mr Marchand attempted to beat his own cycling record, he was re-tested. The tests showed his VO2 max was 13 per cent higher than it had been two years before – equivalent to that of a healthy 50-year-old – proof that his fitness improved.

Not only did Mr Marchand beat his previous cycling record, he believes he can go one better next time. His story inspires us that fitness can be improved at any age.

While we strongly advocate high-intensity workouts, we also recommend getting checked out first if you are in old age or have any pre-existing health conditions. Remember, Mr Marchand had been tested and checked out before including high intensity training into his routine.

But it’s difficult to find a more powerful example of high intensity training than the 105-year-old who is becoming fitter! 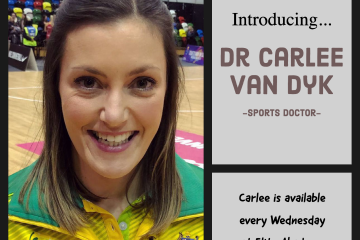 Dr Van Dyk originally completed her medical degree at Monash University and went on to work at The Alfred Hospital in Melbourne gaining experience in emergency medicine and trauma. Carlee is currently the Doctor for Read more… 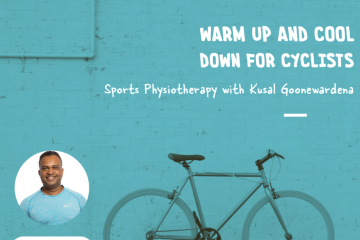 Hi everyone , Regardless of whether you are a novice or professional rider this sequence of activation exercises and stretches will help improve the movement patterns for your cycling. Add this routine before and/or after you cycle.Designed to Read more… 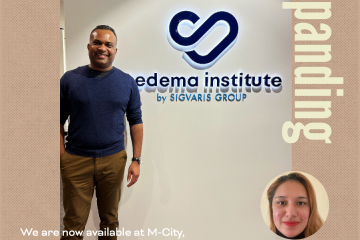 We have been working with heavy weight Swiss compression garments company, Sigvaris, for many years. With this partnership you get to access our team members at their newest site, the Oedema Institute at M-City, Clayton. You Read more…